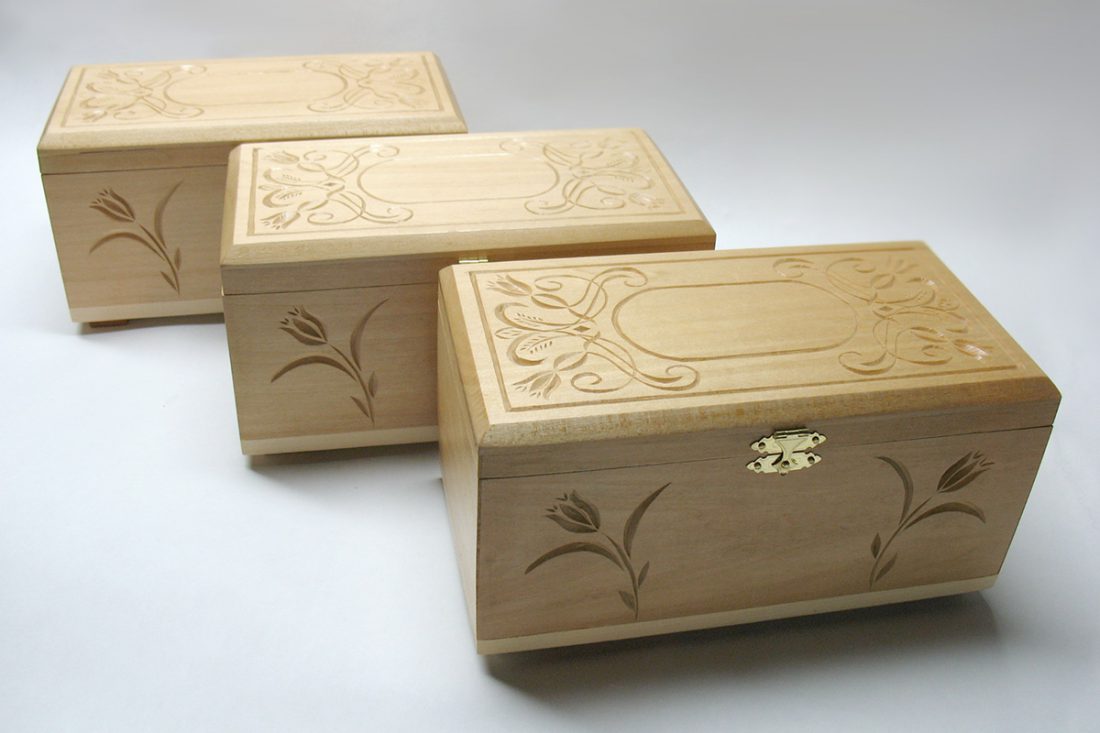 The history of chip carving is an interesting and beneficial topic for the woodcarver to learn about. The more you learn about a particular technique, the better you can employ it yourself on your own carvings. So, what is chip carving anyway? Chip carving is a style of wood carving where knives or chisels are used to remove slices or “chips” from the wood surface. This popular technique can be used to decorate wood furniture, doors, religious fixtures, spoons, chests, boxes, clocks, or basically, anything that is made of wood. It can make an otherwise plain object a piece of art worth many times the cost of the original construction.

There is no end to the variety of designs that can be conceived for chip carving. It is accomplished by making angled cuts into the wood which results in clean chips being cut away. The chips are removed to form a pattern or shape. The design could be a geometrical pattern, the shape of a person, an animal or just about anything the imagination can come up with. Great care and skill must be employed in making the angled cuts, but a workshop full of tools is not necessary. Some chip carvers  only use a couple of chip carving knives to accomplish this task, while others prefer to use a greater variety of tools to get the job done.

A brief history of chip carving

Chip carving has been practiced in many countries over many centuries, and examples of chip carvings have been found all around the world. For instance, ceremonial tool handles and boat paddles have been found in the South Pacific Islands which were carved with repetitive deep cuts. They were likely done with pieces of sea shells, bits of bone or even shark teeth.

Chip carving, as we know it today, owes much to the northern countries of Europe, including England and Ireland. Churches in Northern Germany which were built in the 8th century have examples of this type of carvings done in stone. The stone mason was second to none during the Gothic period from the late 1100s through the early 1500s . The art of wood carving thrived but took a backseat to stone masonry. Great cathedrals were built during this period there were no architects in those days to calculate the angles and draw up the plans. All they had were what they called master planners. The stone masons took the master planner’s plans and interpreted them in their own way. The craftsmen came from many miles around to help construct the great buildings. There were lodges provided for the multitude of stone masons and craftsmen to stay in. These lodges were the origins of Masonic Lodges of today. When a great building was completed, the craftsmen would move on to another one in another location.

At the beginning of the Gothic period, the interior decorations in cathedrals were done almost completely in stone. Later, wood was introduced to the construction. The wood carvers imitated the carvings which had been done in stone. As time went on, the wood carvers realized that they were not as limited in what they could do as the stone masons were. The properties of wood offered a medium in which intricate designs and patterns could be carved quickly. This was something that could not be done in stone. Examples of this can be seen in the elaborate decorative carvings on pulpits, choir stalls, alters and other church fixtures. The wood carvers had become experts in their field and the carvings continued to become more and more elaborate. At this point, the art had made an 180-degree turn and now the stone carvers were trying to imitate the wood carvers. Even today, the architecture of the Gothic period serves as an almost limitless bank of ideas for the modern chip carver.

In Sweden during the 1700s and 1800s chip carving was commonly used to decorate chairs, tables, clocks and other household furniture. The influence of chip carving spread throughout the world through immigration, and schools were set up to teach the subject. Modern day chip carvers benefit from the wealth of information that has been accumulated over the centuries and from experience that has been passed down from carver to apprentice, and from carver to student. This is a continuing process of teaching and sharing experience and ideas.

I encourage you to do more research on the history of chip carving if you are interested. There are many resources in print and online that you might find of value. If you liked this article you might be interested in another article that I wrote, the History of Wood Carving. 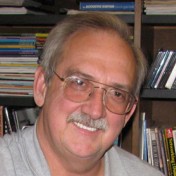